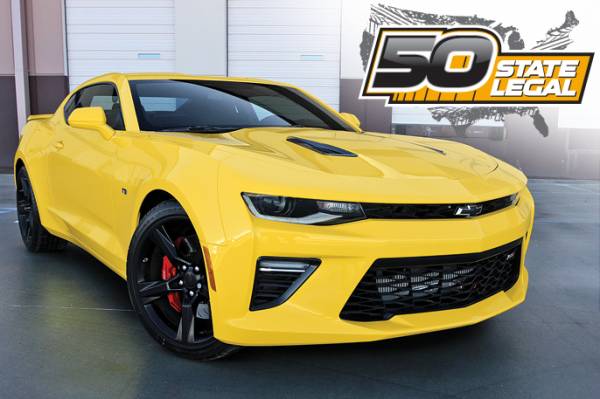 Without a doubt, ProCharger has become the proven leader in LT1 forced induction. Since the release of the C7 Corvette a few years agoand new GM LT1 trucks and SUV's shortly thereafter, adding supercharged boost to the new direct injected LT1 engine has gone mainstream. Thanks to highly efficient ProCharger head units and air-to-air intercoolers, creating supercharged monsters ranging from 600HP to 1,200HP has become the new "normal" and the next generation of Chevrolet Camaro SSis no exception!

With only 7 psi on pump gas your 2020-2016Camaro SS can enjoy a gain of 160+ HP, thanks to our HO Intercooled System with P-1SC-1 head unit. The addition of the Stage II intercooler upgrade will yield 170+ horsepower at the same boost level!

We designed the 2020-2016Camaro SSHO Intercooled System to be equally compatible with both stock or modified vehiclesout of the gate, with arobustbillet bracket design that utilizesstrategic mounting points on the LT1 motor for maximum bracket strength and integrity. This system will firmly hold ProCharger head units ranging in size from the entry-levelP-1SC-1 all the way up to an F-1A-94. No removal of any OEM parts is needed with this bracket installation, which not only speeds up the install, but it also ensures that all factory braking, cooling, and oiling systems on the car work just as GM intended.