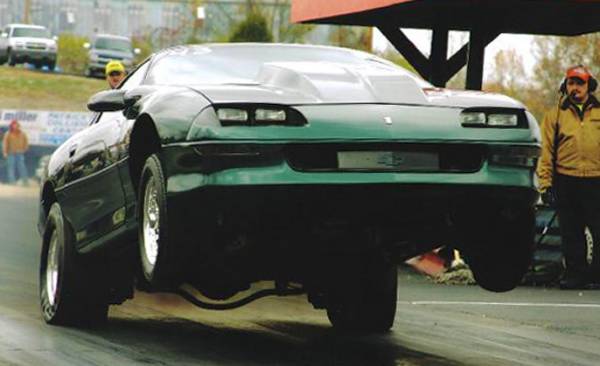 Intercooled supercharging is absolutely the most sophisticated, reliable and cost-effective method for substantially increasing the horsepower and overall performance of your LT1 Camaro or Firebird. ProChargers available Twin Highflow Intercooler System provides the coolest charge air temperatures in the industry for outstanding performance and engine longevity. The two intercoolers mount behind the stock front bumper cover and then feed the cooled charge air into a single air plenum before it enters the engine. This Twin Highflow System is very similar to the one used on ProCharged C5 Corvettes.

MODIFIED LT1'S: Running 12 to 20 psi of intercooled boost from a D-1SC supercharger, modified LT1 F-bodies are capable of supporting horsepower gains of 75-100%!

ProCharger is also the first and only manufacturer to offer the choice of standard orhelical gearsetfor noise reduction on the P-1SC-1 and the D-1SC supercharger models.

ProCharge is the industrys leading aftermarket supercharger manufacturer, for over twenty-five years, ProCharger offers the most powerful, reliable, and advanced centrifugal supercharger systems and kits on the market. Invented, engineered, and made in the USA, ProCharger provides the most power per pound of boost for automotive, truck/SUV, sport compact, motorcycle, UTV, and marine applications. We take great pride in being the first-to-market in offering intercooled supercharger kits and systems.