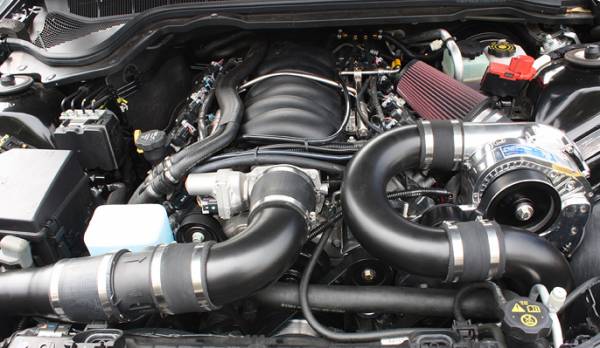 he HO Intercooled ProCharger system for 2008-09 G8s produces a 50-55% power gain on stock motors running pump gas, with 8 psi of intercooled boost. This compares to competing systems which produce 29-40% horsepower gains with the same 8 psi, but without ATI's superior supercharger and intercooler technology.

This system installs in approximately half the time of other systems, with no need to punch a hole in the oil pan, replace the engine intake, or deal with all the complexity of an air-to-water-to-air intercooler. This new ProCharger system also has a much more attractive and "OEM" appearance than others for the G8. Additionally, with the coolest charge air temperatures available, the HO Intercooled ProCharger system for the G8 produces not only the industrys undisputed largest power gains, but also the best engine longevity.