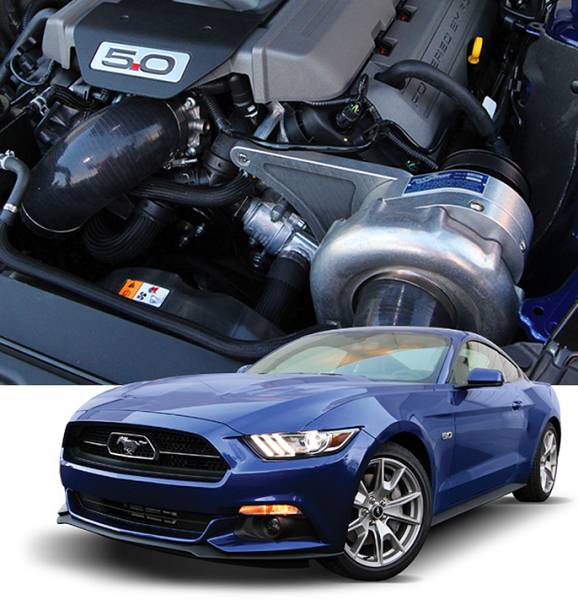 Without a doubt, ProCharger not only leads the way in centrifugal supercharger technology, but also in Ford V6 supercharger packages.

Starting long ago with the 1994 Mustang and its 3.8L V6, ProCharger has helped create supercharged V6's that put the fear in many V8 owners eyes. With each engine Ford produced the power levels have kept rising, and so have the ProCharger supercharger power numbers. When the 3.7L hit the scene ProCharger was the first to market with its big power producing supercharger system, which has become the staple for 2011-2014 Mustang V6 performance. So when Ford again placed the strong and powerful 3.7L Ti-VCT engine in this new 2015 S550 platform we couldn't wait to get our hands on it What resulted are HO intercooled supercharger systems and supercharger kits that yield50-60% horsepower gains on only 8 psi of boost!

We took a clean sheet approach to this new 2015 platform, and created not only the most powerful supercharger system out there, but one that is as easy to install as the previous 2011-14 system. That is correct, as always, no cutting/drilling/bending/tweaking/prying/whatever is needed to install this all-new ProCharger 3.7L supercharger system! This system comes boxed up 100% ready to bolt-on and go! (Even down to the engine ECU programing).