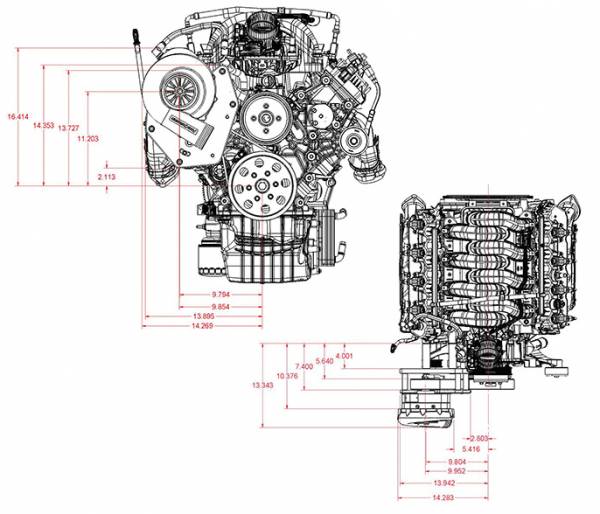 Ford’s brand new 7.3L (445 cubic-inches) truck engine makes 430 hp and 475 lb-ft of torque in factory trim, but with minor performance mods like a cam, headers, and calibration has already shown to make nearly 600 hp. Just imagine what bolting on a ProCharger will do for the power. That means the engine/supercharger combination would be an animal in a lighter car like a Mustang or anything else you might want to put it in, making it a fantastic engine swap candidate!.